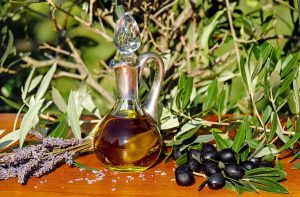 The word ‘only’ is defined as “and no one or nothing besides; solely”. Have you heard these words that are synonymous with the word ‘only’: not more than, as little as, at most, barely, and scarcely? As people may be experiencing famines currently in their lives, this too was also experienced by those living before us. In the Bible, there was a widow, who was approached by Elijah, a prophet of God, for a little water, and a piece of bread. Her response was “As surely as the Lord your God lives, I don’t have any bread—only a handful of flour in a jar and a little olive oil in a jug…. (1 Kings 17:7-16) The story goes on to say that this widow believed that what she had at most would be a meal for her and her son to eat, and die. That was the state that she was in. A state of desperation.

Another place, another time and we see a large crowd that were with Jesus and His disciples. (A disciple is a follower of Jesus Christ.) Jesus spent his time healing those in the crowd who were sick because of his compassion on them. By the time evening came, the disciples were concerned that the people had not eaten. They were indicating to Jesus to send the crowd away to the nearby villages to grab something to eat. Interestingly, this is Jesus’ response: “They do not need to go away. You give them something to eat.” They answered, “We have here only five loaves of bread and two fish.” (Matthew 14:13-21) The disciples saw how many people there were (five thousand plus), and the five loaves of bread and two fish. A state of insufficiency.

I’m not sure what state you are in, and if you’ve stated that you have only… Have you ever felt inadequate, insufficient, desperate, lacking, barren, dry, or incompetent? The list can go on. You know the experiences that you have been through. You know the season that you are currently in. I want to declare boldly to you that there is HOPE. In both of the stories above, the widow and her son received a promise from the Lord that the jar of flour will not be used up and the jug of oil will not run dry until the day the Lord sends rain on the land. With the second story, all the five thousand plus were fed and were satisfied, and the disciples picked up twelve basketfuls of broken pieces that were left over.

Prayer: Lord, I am confident that You are Hope, and You bring Hope to those who feel hopeless and are in despair. I believe that Lord, You can turn lives and situations around. May there be abundance where once there was barrenness. May you bring overflow where once they experienced not enough. Let Your promises, Lord, over this person’s life, come to pass in ways that declare the awesome love that You have for this beautiful soul. In Jesus’ name, Amen.